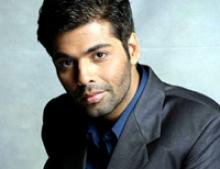 Bollywood filmmaker Karan Johar said that regional cinema is not his cup of tea because he doesn't understand the dynamics involved in vernacular movies.

Johar, who is the owner of Dharma Productions, said his production company is not a public listed studio.

"I am not a public listed studio. For me I don't want to do anything which I don't understand. I understand the ethos of Hindi cinema. I know what I can do with it, platform it and position it. So I don't want to produce regional films or an English language film," he said on the sidelines of NFDC's Film Bazaar.

Many of his Bollywood colleagues including Akshay Kumar, Riteish Deshmukh, Ajay Devgn and Salman Khan have put their weight behind regional cinema.

Having born and brought up in a Punjabi family, he even denied to produce a Punjabi film because he feels he is not in the movie making business just to earn money.

"I am a Punjabi and it doesn't mean I know the ethos of Punjabi cinema. I know that their cinema is doing phenomenally good. "I know they have produced their largest hit in an animation film and who would know that a film like 'Char Sahibzaade' will become the biggest Punjabi success beating 'Jatt and Juliet'.

"I am aware and I am completely in know how which film is doing what, but I would not understand what to do. I am not in the movies to earn money. I am here to make films which I understand," he said.